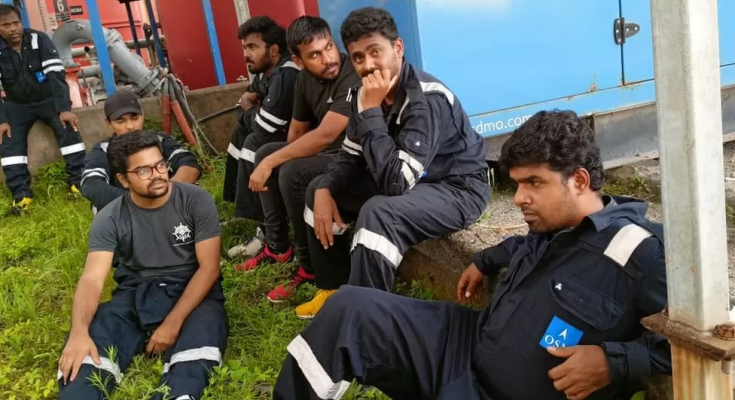 It isn’t unusual for seafarers to be away from their families for Christmas and other festivals.

But this festive season is particularly hard for the families of 16 Indian sailors who have been under arrest in Nigeria since November, when their ship was taken into custody by authorities there.

The men are part of a 26-member crew who were onboard a cargo ship called MT Heroic Idun. The rest of the sailors are from Sri Lanka, Philippines and Poland.

The ship – which is owned by Norway’s OSM Maritime Group – was initially detained by Equatorial Guinea in mid-August based on an alert from Nigeria that the crew may have stolen crude oil from its terminal.

This week, India’s foreign minister S Jaishankar told parliament that according to a charge sheet filed by Nigerian authorities, the crew members have been charged with “conspiracy, evasion of lawful interception, and unlawful export of crude oil”. Their case will be heard by a Nigerian court on 10 and 11 January.

“We are providing them legal support, we are giving them consular support, and we will do whatever we can to help them in the circumstances,” the minister added. Nigeria is yet to officially comment on the minister’s statement.

After four months of anxiety, the sailors’ families say they are somehow clinging onto hope.

“My husband has been away earlier too during Christmas but never in this kind of a situation,” Sheethal Milton told the BBC. Her husband Milton Deoth has been a sailor for over two decades and works as a motorman on MT Heroic Idun.

In August, the ship’s crew was en route to pick up crude oil from Equatorial Guinea and Nigeria before heading to deliver it in Rotterdam, Holland.

According to Sapna Trehan, wife of the ship’s master Tanuj Mehta, the ship was asked to leave Nigeria’s AKPO terminal after officials said they had no information about its arrival.

As the ship moved towards Equatorial Guinea, it was followed by a vessel claiming to be from the Nigerian navy, Ms Trehan’s husband told her, adding that the ship was detained on arrival there.

Ms Trehan added that the Heroin Idun could not identify the Naval ship in the darkness and assumed that it was a pirate ship.

In a press briefing on 15 November, a Nigerian navy official said that “apart from refusing lawful arrest, the Captain of the vessel made a broadcast of false piracy attack call to International Maritime Bureau”, adding that Nigeria had not recorded any piracy attacks in its waters for more than a year.

The official also said the ship’s crew may have committed offences including violation of customs and immigration laws.

Documents filed in the International Tribunal for the Law of the Sea say that the Equatorial Guinea navy followed a maritime code of conduct and detained the vessel on an alert sent by the Nigerian naval vessel.

The ship’s management later said that they had paid €2m ($2.12m; £1.76m) to authorities in Equatorial Guinea for not putting up the flag of the West African country on the ship while in its waters.

When the ship was detained in Equatorial Guinea, several crew members had recorded videos and made phone calls to their families begging for help. They had also expressed apprehensions about being taken to Nigeria, citing the country’s previous dealings with sailors as the reason for their fears.

In 2021, Nigeria released a Swiss tanker three years after it had been first detained.

On 12 November, the Nigerian Navy formally seized the ship and parked it about “three or four hours from its port”, Ms Trehan said. The crew members are still on the vessel.

Ms Trehan said that the Nigerian Navy has been very responsive to the medical needs of the crew, and had provided care to two officers who had developed malaria on the ship.

But the crew’s family members say that the only connection they have with their family members is short “two-three minute phone calls once in 12 or 15 days”.

“We are specifically asked to converse in English so that the guards can understand,” said Matilda Sanu, wife of Chief Officer Sanu Jose.

Ms Trehan says that she has only spoken to her husband thrice since November.

“We know that provisions have been provided to the ship by the company officials,” she said.

“Days are turning into weeks and months. We don’t know what to do,” Sneha Harshvardhan, wife of Harshvardhan Shouche, an engineer on the ship, told the BBC.

“For no fault of the crew members, we are all suffering. I don’t have any words to express our trauma,” she said. 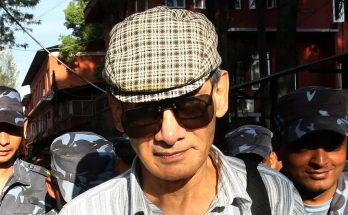