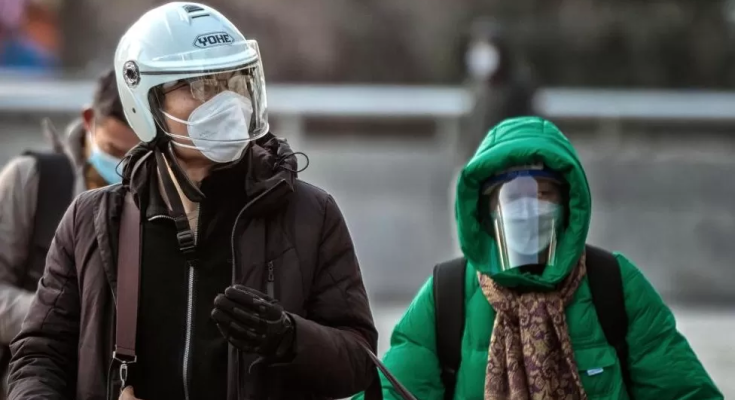 A sudden lifting of many of China’s Covid restrictions has caused nationwide outbreaks – as well as confusion and anger on social media.

Amid a severe shortage of rapid test kits, several provinces like Zhejiang and Anhui, as well as Chongqing, are implementing a new policy that allows people with mild symptoms or no symptoms to go back to work.

On Weibo, China’s equivalent of Twitter, the hashtag related to this announcement has been read 33 million times since Monday. There is shock and fury.

“There has been no preparation in the past three years, and all of a sudden the restrictions are lifted and you are allowed to go to work while ill – our lives are worthless like ants,” a comment with 200 likes reads.

“Just several months ago, people would get arrested for going to work while testing positive,” reads another comment with almost 1,000 likes.

Even some overseas Chinese who returned to the country after a recent shortening of the hotel quarantine period are surprised to find out how fast the virus is spreading.

“I had never had Covid in the past few years while living abroad, but got it several days after came back… Everyone I know is getting Covid and having a fever – so if you can stay out of the country recently, don’t come back,” one user on another popular social media platform Xiaohongshu wrote.

In the past two weeks, the Chinese internet has been flooded with posts of how people were pulling through after contracting the virus.

Videos have circulated in Chinese media of young children with no symptoms bringing food and water to their unwell parents.

Some have shown the creative ways they navigate social-distancing while in the same household to avoid infecting relatives.

Amid a national shortage of medicines, media have also sought to amplify stories of community spirit.

Countless videos are to be found on Weibo of individuals bagging up pain relief medicines they don’t need, and delivering them to people in need.

Outlets are calling on people to be kind to hard-working medical personnel, and are highlighting where acts of kindness have been shown to front-line staff.

News website The Paper, for example, has highlighted the call from a man to a government operator in Chengdu, whose throat is hoarse and is coughing down the phone.

“Don’t worry, there’s no problem,” he tells her before hanging up. “Please take care of yourself.”

Social media platforms in China often seek to amplify positive news in the face of adversity in their lists of “trending” stories.

The hashtag #PersistentDoctorsandNursesWorkHard has been trending in the last 24 hours, with state media praising their front-line contribution.

But the independent South China Morning Post has been reporting in the last week on how fresh protests have erupted among medical students demanding “better pay” and protection on China’s front line.

No mention has been made of these in state media. However, images and videos of protests are routinely censored, as they represent dissatisfaction with the status quo.

This was what happened when protests erupted across the country at strict Covid-19 measures last month.

Nevertheless, stories of the health sector being overstrained have been evident. Thousands of retired medical workers have been brought back to the front line, as media have been reporting on “long queues” outside outpatient centres, and fever clinics being under “heavy pressure”.

Papers in multiple major cities have acknowledged that the number of calls to the emergency services is “rising” and have urged people not to call unless absolutely necessary.

More than 10 million social media users have watched a video posted in the last 24 hours of a man on his knees, begging for his child to be treated at a fever clinic in Guangdong, the province with the highest number of cases.

The doctor responds, saying: “I am also on my knees… this is what it’s like, there are queues for 6-8 hours.

“Everyone is waiting, children and the elderly – you are not the only one.”