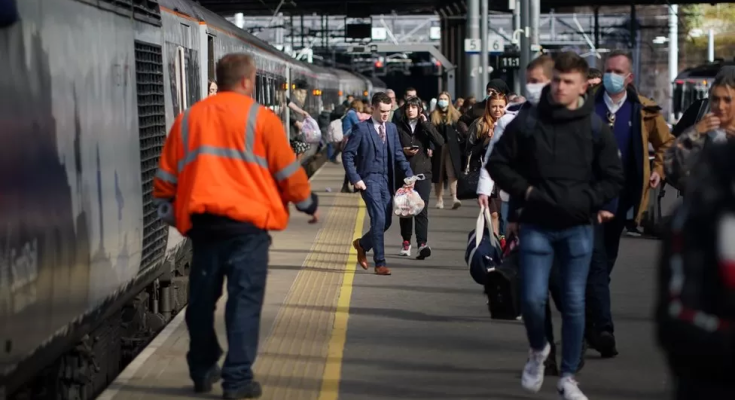 Peak fares on ScotRail are to be suspended for six months in a bid to make train travel more affordable.

The pilot scheme will begin in April next year and will be subsidised by £15m from the Scottish government’s latest budget.

The move will see the cost of some peak hour, or anytime, ScotRail fares nearly halve.

Unions and passenger groups have welcomed the plan as a way of coaxing people back to the railways.

Deputy First Minister John Swinney made the announcement in his 2023/24 budget statement, saying that removing peak time fares was “a way of making rail travel more affordable and attractive to travellers”.

Full details of the pilot project for the publicly-owned train operator will be announced as part of Transport Scotland’s Fair Fares Review due to be published early next year.

ScotRail and other train operators have still to see passenger numbers return to pre-Covid levels with changes in working patterns resulting in peak time services being less busy.

Train driver union Aslef, which has been campaigning to get rid of peak time fares, said Mr Swinney’s announcement was “very welcome news”.

Kevin Lindsay, the union’s full-time organiser in Scotland, added: “However, ending peak fares should not be a temporary measure.

“Peak fares are a tax on workers and if we are to encourage more people from road travel on to trains to help Scotland meet its climate targets, we need to invest for the long term and make this a permanent policy.”

Robert Samson, of passenger watchdog Transport Focus, said: “This is a welcome initiative that will benefit thousands of passengers and act as an incentive for non-users to change to a more sustainable travel mode.”

Meanwhile, Strathclyde Partnership for Transport (SPT) has announced it will not increase fares on the Glasgow Subway next month as originally planned.

SPT said it had taken the decision in light of continuing positive growth in passenger numbers, which are now at more than 90% pre-Covid figures.

SPT chairman Councillor Stephen Dornan said: “We have decided to pause the previously agreed increase in Subway fares to help our passengers who are already facing a cost of living crisis and numerous hardships.”