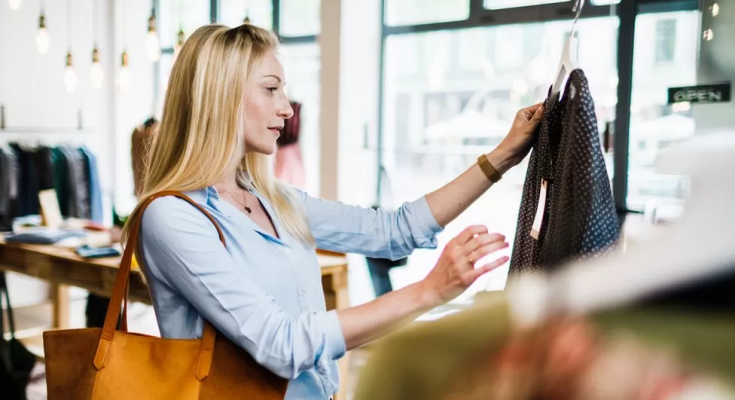 People should go into stores rather than rely on online shopping if they want to get Christmas gifts on time, retailers have said, as postal strikes delay parcel deliveries.

It comes as Royal Mail staff continue strike action, in a row over pay and conditions.

Postal workers are walking out again on Thursday, marking the fourth of six strike days across the festive season.

As a result, letters and parcel deliveries are being delayed.

Many larger retailers have their own distribution networks or deals with courier firms.

But the UK’s largest book chain, Waterstones, is warning customers on its website that the Royal Mail strikes are likely to result in “some delay to our quoted delivery times”.

Its chief executive, James Daunt, told the BBC that buying books in shops is the best option given the strike disruption.

“If people want to be certain of getting deliveries in time for Christmas, they need to go into stores,” Mr Daunt said. “That’s definitely the advice we’re giving.”

Waterstones has more than 300 stores across the UK, leaving it in a very different position to those retailers who don’t have a physical presence, as he acknowledged.

“I know it’s easy for us to say go into shops, as we’re a national retailer,” he said.

“It’s the independent retailers all over the country who will be suffering the most from this. I feel desperately sorry for them.

“For national retailers, it’s more swings and roundabouts. What we lose online, we make in stores.”

Andrew Goodacre, the chair of Bira, said that if customers want to be confident of getting their Christmas gifts on time, their best bet was to go and buy them in person.

“To ensure you get your Christmas gifts on time, we are advising people to go into shops,” Mr Goodacre told the BBC.

“We would always say that anyway as we’d always promote a healthy vibrant High Street, but when there’s so much disruption, not just with postal strikes, but rail strikes too, if customers want certainty on Christmas orders, best to order online, and collect in store.”

But Mr Goodacre warned that it was a difficult situation for small retailers, many of whom will be reliant on Royal Mail to make deliveries.

He said retailers would have been hoping to maximise sales at Christmas time, and the strikes could make that harder.

“They will do their best but it’s a challenge they could do without.”

Meanwhile, the Booksellers Association said the “uncertainty” around parcel delivery dates was likely to push people into shops to get their Christmas gifts.

“This could have the positive consequence of creating more traffic on High Streets and more footfall for bricks-and-mortar retailers,” said Meryl Halls, managing director of the group.

“If the silver lining from the very challenging situation around Royal Mail strikes does help produce busy local High Streets this Christmas, many bookshops will be pleased to welcome the increased traffic.”

However, not all retailers are being affected by the strike.

Earlier this month, electrical goods chain Currys said it had stopped using Royal Mail for parcel deliveries due to the walkouts.

On Thursday, Currys chief executive Alex Baldock told the BBC’s Today programme that its “supply chain is in good shape” and customers could continue to order online from the company.

The postal worker walkouts coincide with the busiest time of year for Royal Mail when people and businesses are sending Christmas cards and presents.

Some parcel companies claim the walkouts are having a knock-on effect, and forcing them to delay next-day deliveries as people and firms seek alternative ways to send their post.

As well as holding strikes this week, 115,000 Royal Mail workers from the Communication Workers Union (CWU) will also take industrial action on 23 December and Christmas Eve.

The dispute has been going on since the summer and like all the industrial action across rail, the NHS, teachers, border staff and driving examiners, pay is a key issue.

Many workers are seeking wage rises as the cost of living soars. The rate at which prices are rising, known as inflation, is running at nearly 11%, which remains close to a 40-year high.

A spokesman for Royal Mail said the company had made a “best and final pay offer worth up to 9% over 18 months”.

“Instead of working with us to agree on changes required to fund that offer and get pay into our posties’ pockets, the CWU has announced plans to ballot in the New Year for further strike action.”

But a spokesman for the CWU said that Royal Mail had offered workers a 3% pay rise this year, 3% next year, and an additional 2% if employees agree to “the absolute destruction” of terms and conditions.

The union has said the strikes are partly about the “Uberisation” of the postal service, including “widespread changes… introducing Uber-style owner-drivers, mail centre closures and changes to Sunday working”.