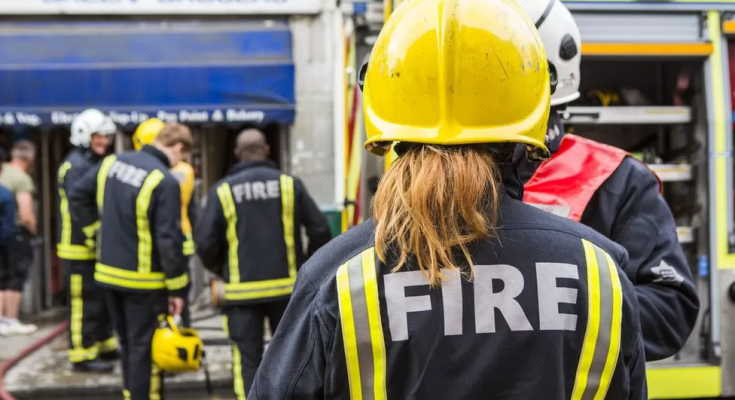 Fire service inspectors have moved London Fire Brigade (LFB) into a form of special measures known as an “enhanced level of monitoring”.

It comes after a review published in November found LFB was “institutionally misogynist and racist”.

The independent review found a black firefighter had had a noose put by his locker, and a female had received a video of a colleague exposing himself.

His Majesty’s Inspectorate of Constabulary and Fire & Rescue Services (HMICFRS) said LFB had been moved into the “engage” phase, a category used when there is a cause of concern.

It said this was “because there is cumulative evidence from its last inspection, and afterwards, of unacceptable behaviour within the brigade, including discrimination and bullying”.

“The values and behaviours the brigade aspires to are not always demonstrated by senior leaders, and the brigade needs to do more to demonstrate progress in improving its culture.”

London Fire Brigade report: “If female firefighters aren’t safe from men, neither are we”

His Majesty’s Inspector of Fire and Rescue Services Matt Parr said: “We should recognise that London Fire Brigade’s recent cultural review was commissioned by the brigade, whose leadership has accepted its findings without reservation.

“However, it is clear that the behavioural problems we highlighted earlier this year are deep-seated and have not improved. The engage process provides additional scrutiny of the brigade’s plans, and support for them from across the fire sector.

He added the inspectorate, going forward, would “now examine London Fire Brigade’s improvement plans more frequently and more intrusively, and work closely with the brigade to monitor its progress”.

London fire commissioner Andy Roe said: “I recognised that LFB’s culture needed to improve, which is why I commissioned the independent culture review and took immediate actions when it was published last month.

“Our external complaints service is supporting colleagues and a zero-tolerance approach to discrimination, harassment and bullying means all staff know what behaviours aren’t tolerated.”

He continued: “Change is happening now and, from the face-to-face meetings I’ve been having with firefighters and other staff, shows there is a passion to make sure our culture works for everyone.

“We welcome the additional support as part of the inspectorate’s enhanced monitoring programme and I look forward to working with them and other partners to monitor progress and change in the future.”

‘Much more to do’

Mayor of London Sadiq Khan said he welcomed “the additional scrutiny and support the HMICFRS will provide” to LFB.

He said: “The commissioner and I both agree that all of the review’s recommendations and findings must be acted upon with urgency and conviction, to rebuild public trust and the confidence of LFB staff and firefighters who have been failed for far too long.”

Mr Khan said he had “always been clear that despite the progress, there is still much more to do”.

“That’s why I will continue to support and hold the fire commissioner to account on delivering a brigade that is trusted to serve and protect London, fit for the challenges of modern firefighting, and a workplace where Londoners of all backgrounds can thrive.”