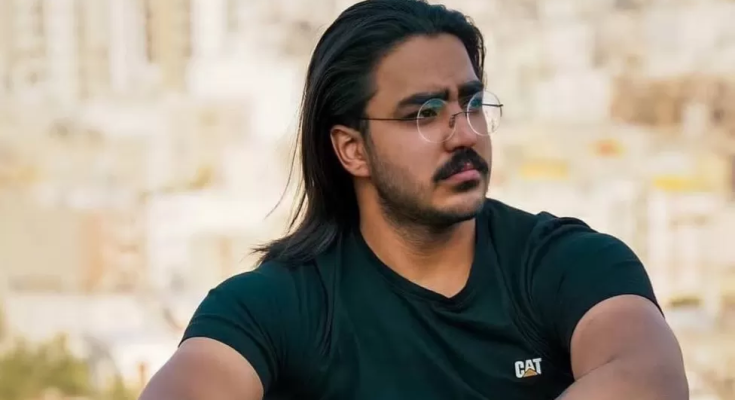 Iran says it has carried out a second execution linked to the anti-government protests engulfing the country.

Majidreza Rahnavard, 23, was hanged “in public” early on Monday in the city of Mashhad, the judiciary announced.

A court convicted him of the charge of “enmity against God” after finding he had stabbed to death two members of the paramilitary Basij Resistance Force.

Human rights groups have warned that protesters are being sentenced to death after sham trials with no due process.

“Rahnavard was sentenced to death based on coerced confessions, after a grossly unfair process and a show trial. This crime must be met with serious consequences for the Islamic Republic,” tweeted Mahmood Amiry-Moghaddam, director of Norway-based Iran Human Rights.

“Thousands of detained protesters, and a dozen death sentences already issued. There is a serious risk of mass-execution of protesters,” he added.

The first execution took place last Thursday, triggering international condemnation. Mohsen Shekari, 23, was convicted of “enmity against God” after being found to have attacked a Basij member with a machete in Tehran.

The judiciary’s Mizan news agency reported that Majidreza Rahnavard was hanged “in the presence of a group of Mashhadi citizens”.

It posted several pre-dawn photographs reportedly showing the execution, including two in which a man could be seen hanging from the cable of a crane.

The opposition activist collective 1500tasvir tweeted that Rahnavard’s family was not aware that he was going to be executed and that they were telephoned by an official at 07:00 local time and told: “We have killed your son and buried his body in Behesht-e Reza cemetery.”

Rahnavard was hanged only 23 days after his arrest.

Mizan had previously reported that he was accused of stabbing to death two members of the Basij on a street in Mashhad on 17 November. The Basij is a volunteer force often deployed by Iranian authorities to suppress dissent.

Mashhad’s governor alleged at the time that the stabbings took place after a group of “rioters” began “threatening shopkeepers” in an attempt to coerce them to close their shops. When Basij members approached the group, one suddenly attacked them with a knife, he added.

A video broadcast by state TV after his arrest on 19 November showed Rahnavard blindfolded and with his left arm in a cast. In the footage, he said he did not deny attacking the Basij members but did not remember the details because he had not been in the right state of mind.

State TV also showed on Monday what it said was his subsequent “confession” before a Revolutionary Court.

Activists say Iranian state media routinely broadcast false confessions by detainees that have been coerced through torture and other ill-treatment.

German Foreign Minister Annalena Baerbock said on Monday that her European Union counterparts would agree on Monday a new package of sanctions targeting those responsible for these executions of Majidreza Rahnavard and Mohsen Shekari, including the Islamic Revolution Guard Corps (IRGC) and those filming “forced confessions”.

“These executions are a clear attempt to intimidate, not because people have committed crimes but solely because they voice their views on the streets, solely because they, just like us, want to live in freedom,” she told reporters.

BBC Persian’s Kasra Naji says it is not clear whether the executions will help end the protests that have been sweeping the country or pour fuel on the fire.

Mashhad was the scene of an anti-government demonstration on Sunday night, while people were heard chanting “Martyr of the country Majidreza Rahnavard” in a video apparently filmed at Rahnavard’s grave on Monday.

Watch: The secret diaries of women protesting in Iran

The women-led protests against Iran’s clerical establishment were sparked by the death in custody of Mahsa Amini, a 22-year-old woman who was detained by morality police on 13 September for allegedly wearing her hijab, or headscarf, “improperly”.

They have spread to 161 cities in all 31 provinces and are seen as one of the most serious challenges to the Islamic Republic since the 1979 revolution.

Iran’s leaders have portrayed the protests as “riots” instigated by the country’s foreign enemies. However, the overwhelming majority of protesters have been unarmed and peaceful.

So far, at least 488 protesters have been killed by security forces and 18,259 others have been detained, according to the Human Rights Activists’ News Agency (HRANA). It has also reported the deaths of 62 security personnel.

Prior to the two executions, the judiciary had announced that it had issued death sentences to 11 unnamed protesters convicted of the charges of “enmity against God” or “corruption on Earth”, another capital offence under Iran’s Sharia-based penal code.

However, Amnesty International said following Mohsen Shekari’s death that it had identified 18 other people who were at risk of execution. Twelve had been convicted and sentenced to death, while the other six were on trial or had been charged with crimes carrying the death penalty, it added.

Two young men – Mahan Sedarat and Sahand Nourmohammadzadeh – are believed to be at imminent risk of being hanged.

Iran is second only to China in the number of executions carried out annually.

Even before the current unrest there had been what the UN human rights chief called an “alarming increase” in executions in Iran, with the number reportedly passing 400 for the year for the first time since 2017.