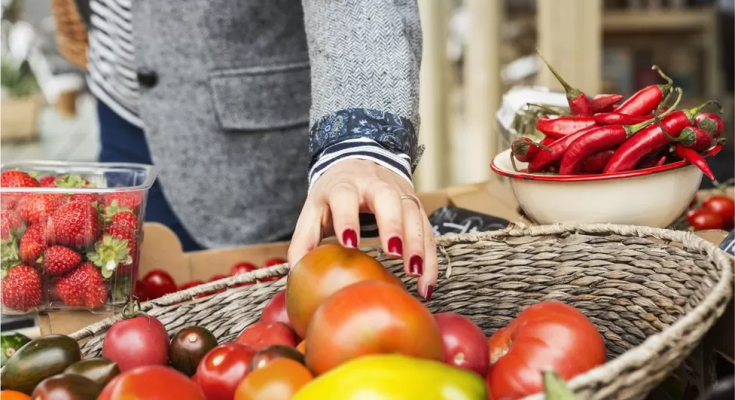 The UK is “sleepwalking” into a food supply crisis and the government must step in to help farmers, the National Farmers Union (NFU) has warned.

Yields of tomatoes and other crops will likely slump to record lows this year, it said, with potential supply problems ahead as already seen with eggs.

But the government said that the UK has “highly resilient food supply chain”.

Some supermarkets are rationing egg sales after farmers cut back or halted production because of rising costs – a situation made worse by the Avian flu outbreak.

However, the NFU warned that food producers in other areas were now facing difficulties.

It said production of energy-intensive crops like tomatoes, cucumbers and pears was likely to hit its lowest level this year since records began in 1985.

It also said milk prices were likely to fall below the cost of production, while beef farmers were considering reducing the number of cows they breed.

Rising costs were to blame, it said, with fertiliser prices for farmers more than tripling since 2019 and the cost of feed and diesel up by 75%.

Wholesale gas prices have also jumped more than six-fold in that time, and businesses importing food items from Europe have faced extra red tape and checks because of Brexit.

“Shoppers up and down the country have for decades had a guaranteed supply of high-quality affordable food produced to some of the highest animal welfare, environmental and food safety standards in the world,” said NFU president Minette Batters.

“But British food is under threat… at a time when global volatility is threatening the stability of the world’s food production, food security and energy security.”

“I fear the country is sleepwalking into further food supply crises, with the future of British fruit and vegetable supplies in trouble,” she added.

But Andrew Opie, director of food and sustainability at the British Retail Consortium, said that retailers were used to managing pressures across their supply chains.

“Supermarkets source, and will continue to source, the vast majority of their food from the UK and know they need to pay a sustainable price to farmers,” he said, although they are facing additional costs.

The war in Ukraine and the coronavirus pandemic have driven up the price of food, energy and fuel over the last year, affecting consumers and businesses alike.

Grocery prices are rising at their fastest rate for 45 years, the latest official figures show, with the cost of staples such as milk, cheese and eggs surging.

Steve Dresser, the boss of Grocery Insight, told the BBC that the big challenge comes from consumer appetite.

“[The] customer’s focus is on saving money and local foods generally come at a higher prices, which can be difficult,” he said.

He said that rising prices meant farming “has taken a real battering this year”, and added that “food security is increasingly important, as we saw during lockdown restrictions and indeed the period afterwards that led to empty shelves.”

“It’s clear that we facing real challenges in our supply chain and as a nation, we should be looking to back our farming community, especially as Brexit has made things harder around importing foods.”

The NFU called on the government to do more to help farmers who were being pushed out of business, saying there were currently 7,000 fewer registered agricultural companies in the UK than in 2019.

And it urged the government to consider giving emergency support to egg producers, given the recent disruption seen by consumers and farmers.

The NFU also said ministers should lift a cap on seasonal overseas workers to tackle labour shortages and establish a new “food security” target, which would include an obligation to monitor and report on domestic food production levels.

A Defra spokesman said: “Our high degree of food security is built on supply from diverse sources; strong domestic production as well as imports through stable trade routes.”

He added that the government is in touch regularly with farmers and that the food and farming minister will meet with businesses in the egg industry on Tuesday.